It’s become a tradition for Elliott and I to visit an English seaside town every September, celebrating the end of summer and the start of a new season.

This year, however, things were a little different.

I’ve always wanted to visit Italy, so I was overjoyed when our friends kindly invited us to their September wedding in Loreto Aprutino. In order to make the most of our trip, we decided to spend five days in Rome before heading to the Abruzzo countryside.

We couldn’t quite squeeze in a visit to the British seaside beforehand, but I think we’ll survive.

I couldn’t resist sharing a few of my favourite photographs from the trip, and documenting our adventures across Rome and beyond!

We stayed at the Domus Colosseo, a sweet little hotel situated just a two-minute walk from the Colosseum. I was pleasantly surprised at how nice it was – the prices were reasonable, the location was very convenient and our room was uniquely Italian.

The best part? It was just one block away from the most delicious gelato I’ve ever tasted. We tried a few different places around Rome, but I kept coming back to Gelataria da Costanza. If you ever find yourself near the Colosseum, make sure to pay them a visit. Of course, you must get the pistachio flavour!

It was wonderful to stay so close to the Colosseum. I could never get tired of staring up at such a magnificent ancient structure, imagining how it would have felt to attend the infamous Roman Games as a spectator (or star in them as a gladiator!) 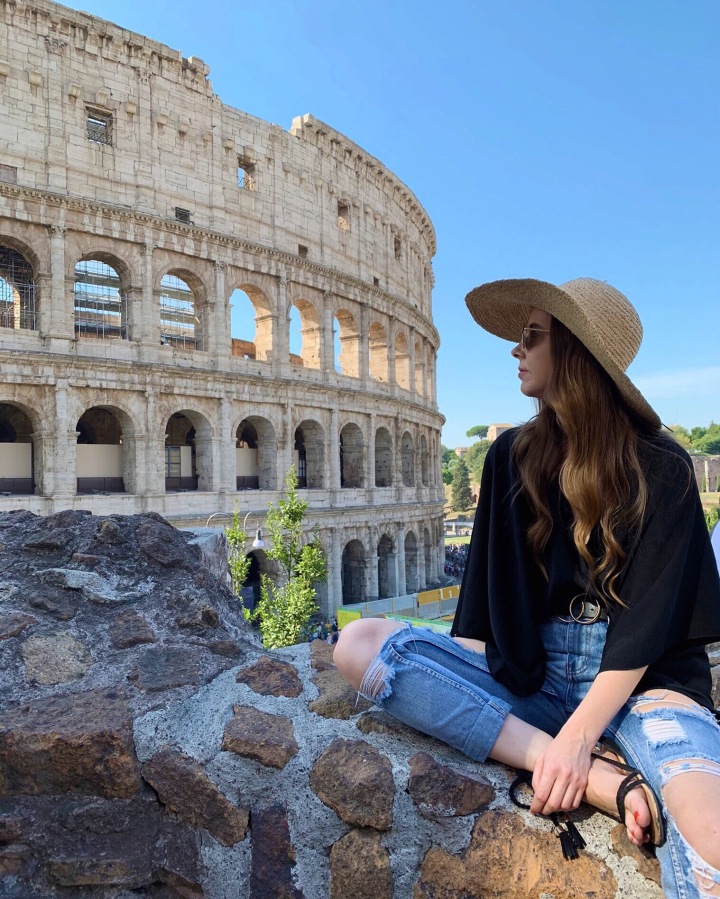 I’ve wanted to visit the Colosseum since I was a child, after learning about the ancient Romans at school. So actually getting to venture inside was a dream come true!

I could have stood there for hours, picturing the bloodthirsty battles taking place down below.  The floor of the arena was all but destroyed, providing a clear view of the underground tunnels which once herded animals and gladiators toward the stage. It was a fascinating peek into the past!

The Colosseum was remarkably well-preserved, considering its age and the amount of foot traffic it must withstand every day.

If only walls could talk…

If you’re planning to visit the Colosseum, make sure to buy your ticket online from the official website. The process is simple – just choose a date and time that suits you, enter your payment details and then show the confirmation email to the workers at the ticket booth. We saw hundreds of people waiting outside in the hot sun, but we were able to skip the queue with our pre-paid tickets!

If you do end up waiting in the heat, take comfort in the fact that Italy is home to the world’s most delicious gelato – a sure-fire way to cool you down.

I was initially drawn to the idea of visiting Rome simply because of the amazing food, and made sure that I was prepared to eat my bodyweight in pizza, pasta, gelato and bruschetta. Italian cuisine really shines when it comes to simple flavours – high-quality tomatoes, homemade dough and fresh pasta form the base of many of their incredible meals.

Of course, we ate a lot of pizza.

Have you ever thought of putting potato on your pizza? It sounds a little odd, but this Roman-style potato pizza is a traditional dish sold alongside more familiar options such as margarita and pepperoni.

In true Italian style, the flavour is simple and delicious. Imagine a crispy pizza base topped with thin slices of potato and a sprinkle of fresh rosemary – no cheese, no tomato, no distractions.

It’s now my new favourite pizza topping, and I can’t wait to recreate it in my own kitchen!

Between munching on pizza and hunting for gelato, we found time to check out the Spanish Steps. Built between 1723 and 1725, this set of steps leading to the Trinità dei Monti church is a must-see for anyone visiting Rome.

At first I attempted to snap a photograph while sitting on the steps, but I was quickly approached by an Italian security guard who told me in no uncertain terms that I was breaking the rules.

After speaking to a friend, I learned that the rules in Rome have recently changed. You can now be fined for sitting on the Spanish Steps, eating too close to historic sites or taking your shirt off if you’re a man (or a woman, I suppose!)

Luckily, there were absolutely no rules preventing us from taking a sunset stroll along the river.

It seemed as though each street held yet another glorious view, and it was impossible to take it all in.

The entire city of Rome feels like one giant museum, and the Roman Forum is most definitely a highlight.

Isn’t that an incredible sight?

Situated next to the Colosseum in the centre of Rome, this area houses the ruins of several important governmental buildings. This was the heart of the city for centuries, and has been described as the most celebrated meeting place in history.

Today, it’s still a seriously impressive sight. We were able to wander through the ruins, keeping a safe distance so as not to damage the ancient buildings any further.

Elliott explained some of the history of the Forum to me, but this newfound knowledge has already escaped my mind. Although I’m fairly uneducated on the topics of ancient Rome and the history of politics, I was happy to admire the view and take it all in.

It was also hot. Very hot. We took full advantage of any rare pockets of shade!

The price of our admittance was included in our Colosseum ticket, so keep that in mind if you’re planning a future trip.

I couldn’t visit Rome without checking out the Trevi Fountain. It was as beautiful as I had imagined, but absolutely swarming with tourists!

I made sure to throw a coin into the fountain after learning that the money is regularly collected and donated to the less fortunate.

We also visited the Pantheon and Vatican City, which were similarly busy but just as stunning. I mean, this is a ceiling. A ceiling. Can you imagine being this talented?

The final stop in my Rome adventure was a little more… unusual.

I had learned about the Capuchin Crypt many years ago, and vowed that one day I would visit.

During this trip, I finally got my chance!

Situated beneath the church of Santa Maria della Concezione dei Cappuccini, the Capuchin Crypt is a series of small rooms decorated with the skeletal remains of 3,700 bodies which are believed to be Capuchin friars who died between 1528 and 1870.

And when I say decorated, I mean it. There were chandeliers made of bones, entire walls covered in skulls and a particularly fetching display of pelvises. Every single bone in the human body had been utilised, and it was a strangely horrifying sight.

The unsettling artwork is a humbling display of our own mortality, and the sign upon entrance describes it best: ‘Quello che voi siete noi eravamo; quello che noi siamo voi sarete.’ In English, this translates to: ‘What you are, we were; what we are, you will be.’

I visited alone, as dead bodies aren’t really Elliott’s thing. Although I was prepared to be a little spooked, I didn’t realise quite how eerie and otherworldly the atmosphere would feel.

Photography was forbidden, although I did spot a fellow tourist attempting to snap a sneaky picture. He was quickly spotted and ordered to delete the offending image, so be warned!

Nothing can quite prepare you for coming face-to-face with the dead. Although I was left feeling unsettled, the Capuchin Crypt was easily one of my favourite parts of Rome and I highly recommend that you check it out. 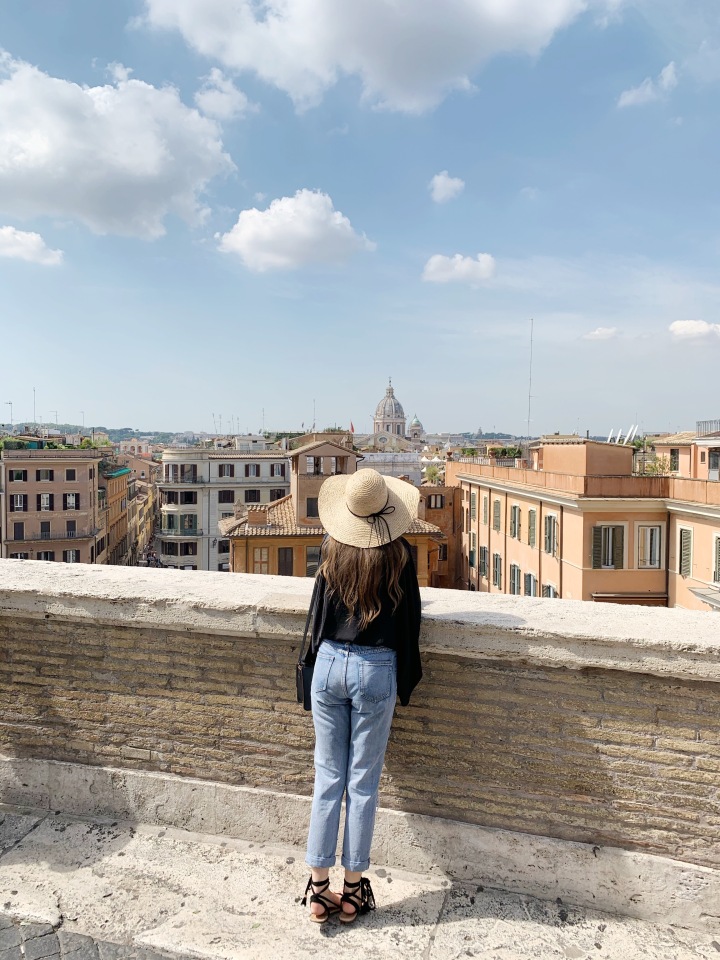 Now, on to something a little more light-hearted – a wedding!

After five wonderful days in Rome we embarked on a three-hour train journey through the Italian countryside, eventually alighting at a little coastal town named Pescara in the heart of Abruzzo.

It was definitely a bit of a culture shock after five days in Rome – not a single person could speak a word of English!

Somehow we managed to get our hands on some food, and made our way down to the beach just in time to watch the sun set over the warm Mediterranean ocean.

On the following evening we made our way to Loreto Aprutino for the wedding of Chris and Helena. The celebrations were held at an ancient castle high up in the Italian countryside, surrounded by the most breathtaking views.

Can you think of a more beautiful place to get married?

The wedding was wonderful, and I could feel the love in the air from all directions. I don’t feel comfortable sharing many details, simply because it wasn’t my celebration! But I will say that it managed to feel incredibly intimate, sophisticated and romantic – I cried many times, both from laughter and emotion.

Congratulations to the newlyweds – they really are a wonderful couple!

Now that I’m back in London, things are feeling decidedly autumnal. I’ve decorated our apartment with pumpkins, purchased a selection of fall-themed candles and have already started planning our Halloween costumes. As you can probably guess, I couldn’t be happier.

Goodbye summer, hello autumn – the most wonderful time of the year!

Welcome to From The Pumpkin Patch!

This is my cosy little corner where I share my thoughts with the world.

If you love autumn, seasonal food and a more wholesome way of life, you’re in the right place. My posts cover slow living, tasty recipes, homegrown produce and everything in between!

Thanks for stopping by – I’m so happy that you’re here! 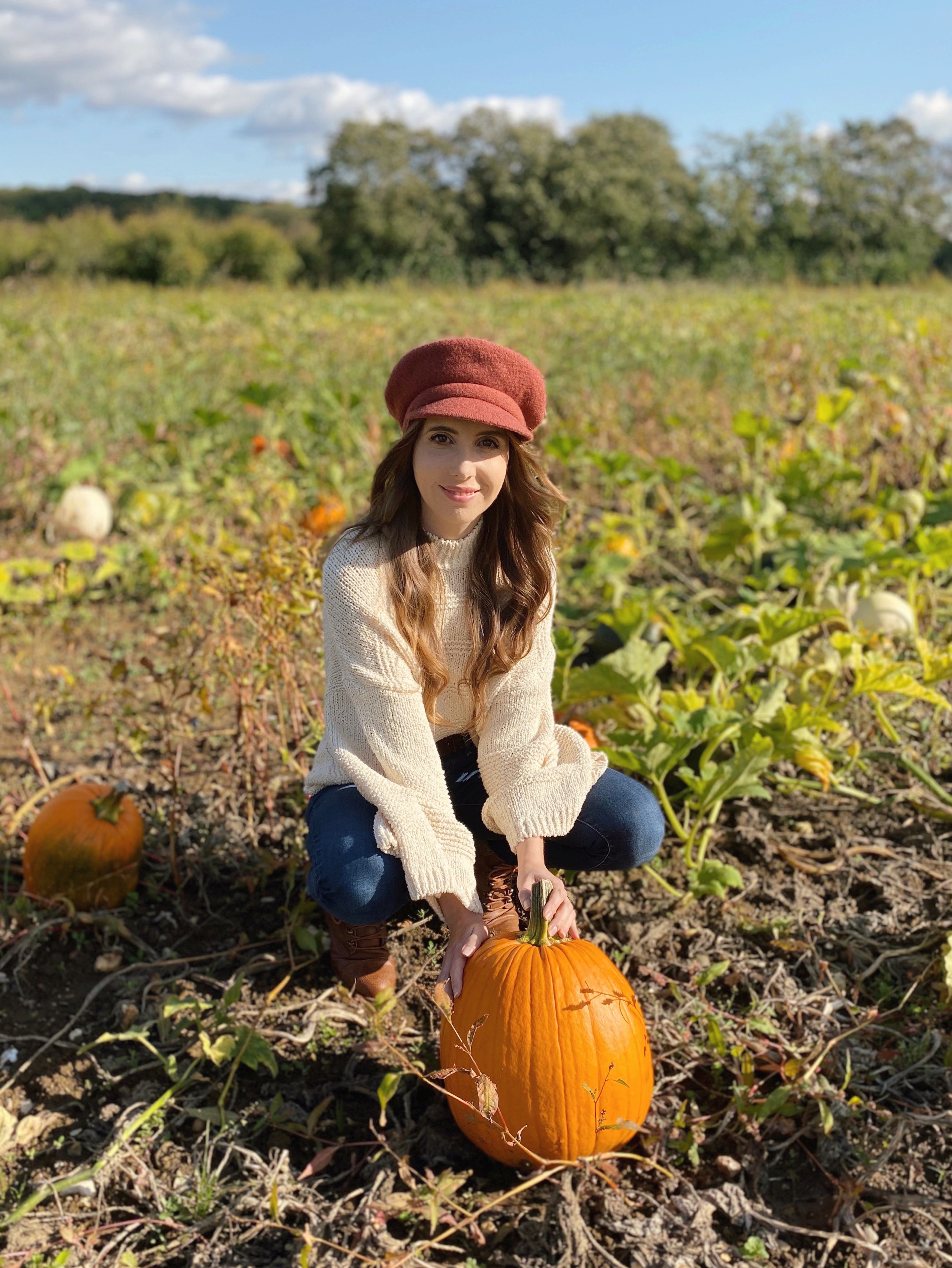 Get in touch and view my online portfolio here.

My latest blog post is an ode to the art of slow living during springtime.
Signs of spring - my tomato seeds are sprouting, our lettuces survived the winter and bees are buzzing around the garden pollinating everything in sight.
Missing this day, this time and this place lately. I can’t believe we got engaged in Japan over a year ago!
I’ve never actually introduced myself here on Instagram, so hello! I’m Jenna and I run From The Pumpkin Patch, a blog dedicated to sharing snippets of my life plus advice and tips that I’ve picked up along the way.
I’ve been thinking more about alcohol recently, as my new freelance client runs a number of rehab and addiction websites.
I followed a strict vegan diet for three years and it did me the world of good. I began experimenting with new recipes, incorporating more fruits and vegetables into my diet and generally becoming a healthier person.
Loading Comments...
Comment
×